A continent of 4.4 billion people, Asia covers about 30 percent of Earth’s total land area. It is home to a majority of the human population. Asia—a name dating back to classical antiquity— varies greatly across and within its regions with regard to ethnic groups, cultures, environments, economics, historical ties and governance. On the world atlas, Asia comprises of diverse geographical and cultural units.

Despite the variations in languages, cultures and customs, Asia shares collective ethos, which are significantly different from the Western world. Consider the following examples of shared cultural habits in Asia. In all Asian countries, a strong emphasis is placed on the family bonds, which are the sources of identity and protection in the vicissitudes of life. In Asia, a stress is placed on giving great respect to the elderly, and where age is synonymous with wisdom and experience.

To aid the process of peace building in Asia, Pakistan’s Ministry of Information & Broadcasting has responded to the need for promoting film — the most powerful form of communication in our world today. The Confucian cultural tradition dominant in whole of South East Asia, the leading economies of the world today, emphasises the respect for teachers. The deference towards a teacher, expressed in Korean proverb, “The king, teacher, and father are the same rank” resonates strongly with similar proverbs from the Islamic tradition, attributed to the Prophet of Islam.

From shared norms of morality to social etiquettes, the cultural ethos of the Asian countries finds common grounds. In all three dominant religions of Asia, Buddhism, Islam and Hinduism, it is customary to eat with the right hand only. These mundane acts of piety are strong indicators of shared values and belief systems that have been widely diffused over whole of Asia over thousands of years of interaction, through pilgrimage, conquest, and trade.

A search for common grounds amidst the shades of cultural, ethnic, linguistic and religious diversity make Asia an insightful cinematographic landscape of plural heritage, shared legends, crisscrossing pasts and intertwined futures. From text to visuals, art to craft, facts to fiction, rhyme to romance, the region has a bounty of stories and a plethora of storytellers to promote. There is a dire need to organise regional , national and local level film festivals and art exhibitions to provide young filmmakers with a space for showcasing and dissemination of their art works in Asia.

In this context, the Asia Peace Film Festival (APFF), established in 2016, as a consortium of 10 film festivals of Asia, with the support of Center for Culture and Development (c2D), which uses the power of the moving image to further the cause of peace in Asia. Pakistan’s Ministry of Information & Broadcasting has reciprocated the need to promote film, the most powerful form of communication in our world today, to aid the process of peace building in Asia.

This commitment is reflected in the preparation for Asia Peace Film Festival 2017 in Islamabad, held September 18-20 through personal efforts of Information Minister Mariam Aurangzeb. Pakistan National Council of Arts (PNCA) under Jamal Shah, the epic body of arts management in the country, has taken a lead in hosting the APFF 2017 at its venue, to mark World Peace Day on September 21. The Central Film Censor Board, under its chairman Mubashir Hasan has made it possible to screen more than 50 films, from more than two dozen countries of Asia, encouraging a large number of filmmakers to gather at the forthcoming festival at PNCA, from all over Asia.

Our appreciation of the continental Asian past determines how we shape our collective future. Peace is not envisioned here, as the absence of conflict but cultivated as a framework for resolving conflicts through collective search for common grounds and by non-violent means of cultural diplomacy. Old Silk Road has been a connecting cultural and economic thread of Asia, from South, Central to East of Asia, which is being rejuvenated by the One Belt One Road initiative of contemporary China. The strengthening of inherited cultural ties, through people to people contact, across Asia will forms a cultural capital, which will prove to be bedrock for the success of economic relations forged through infrastructure development projects like CPEC.

Glimpses from Briefing Ceremony of Festival 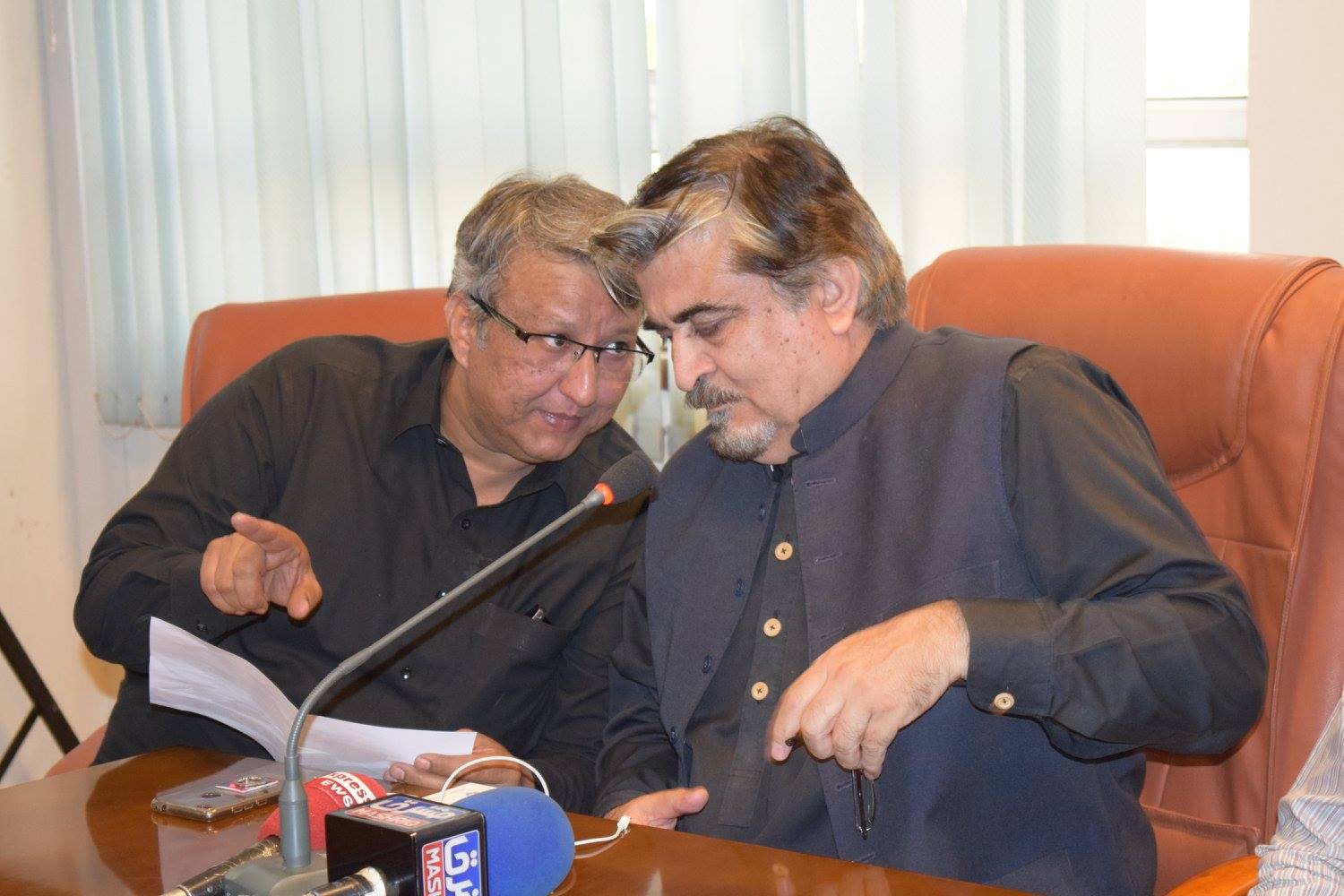 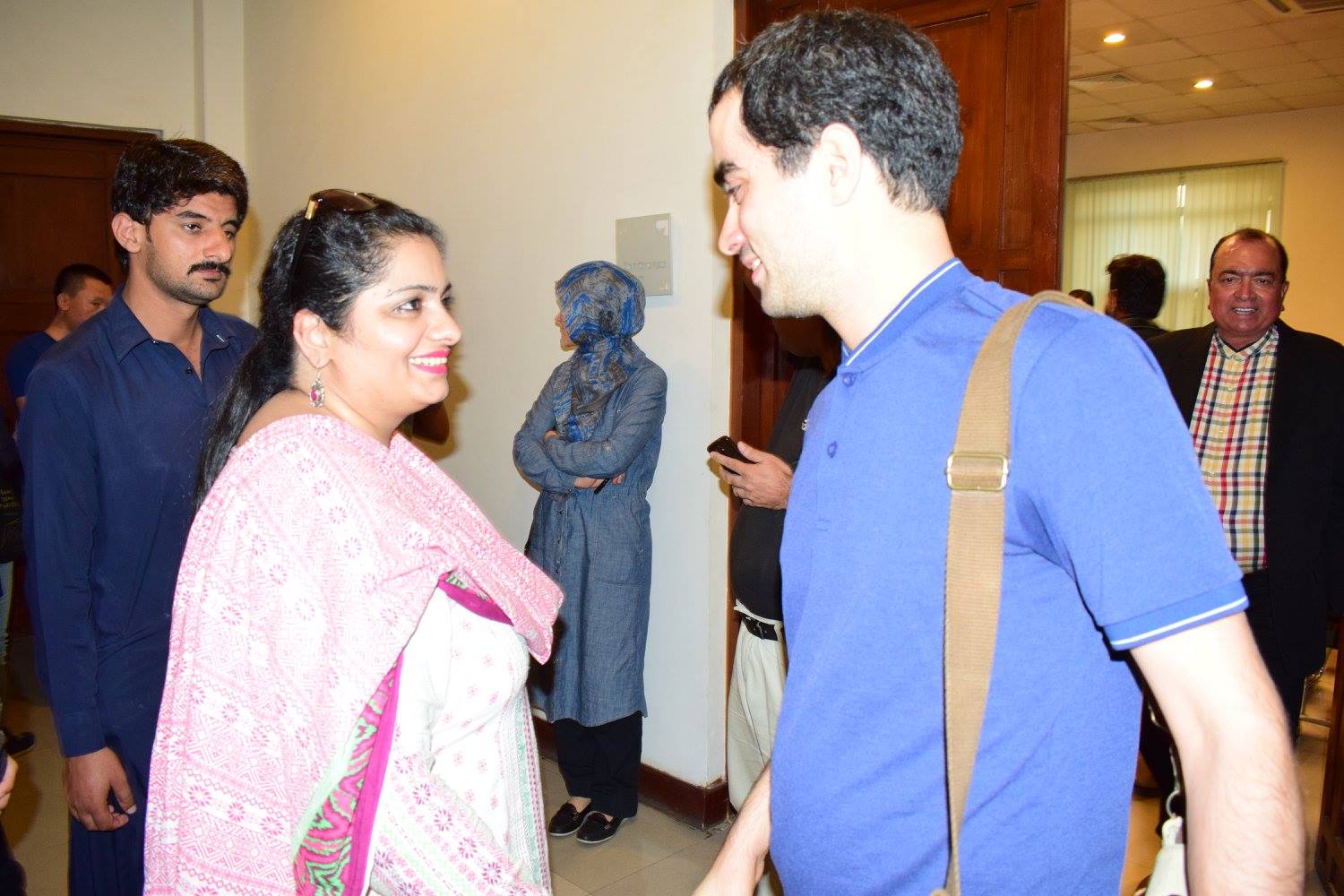 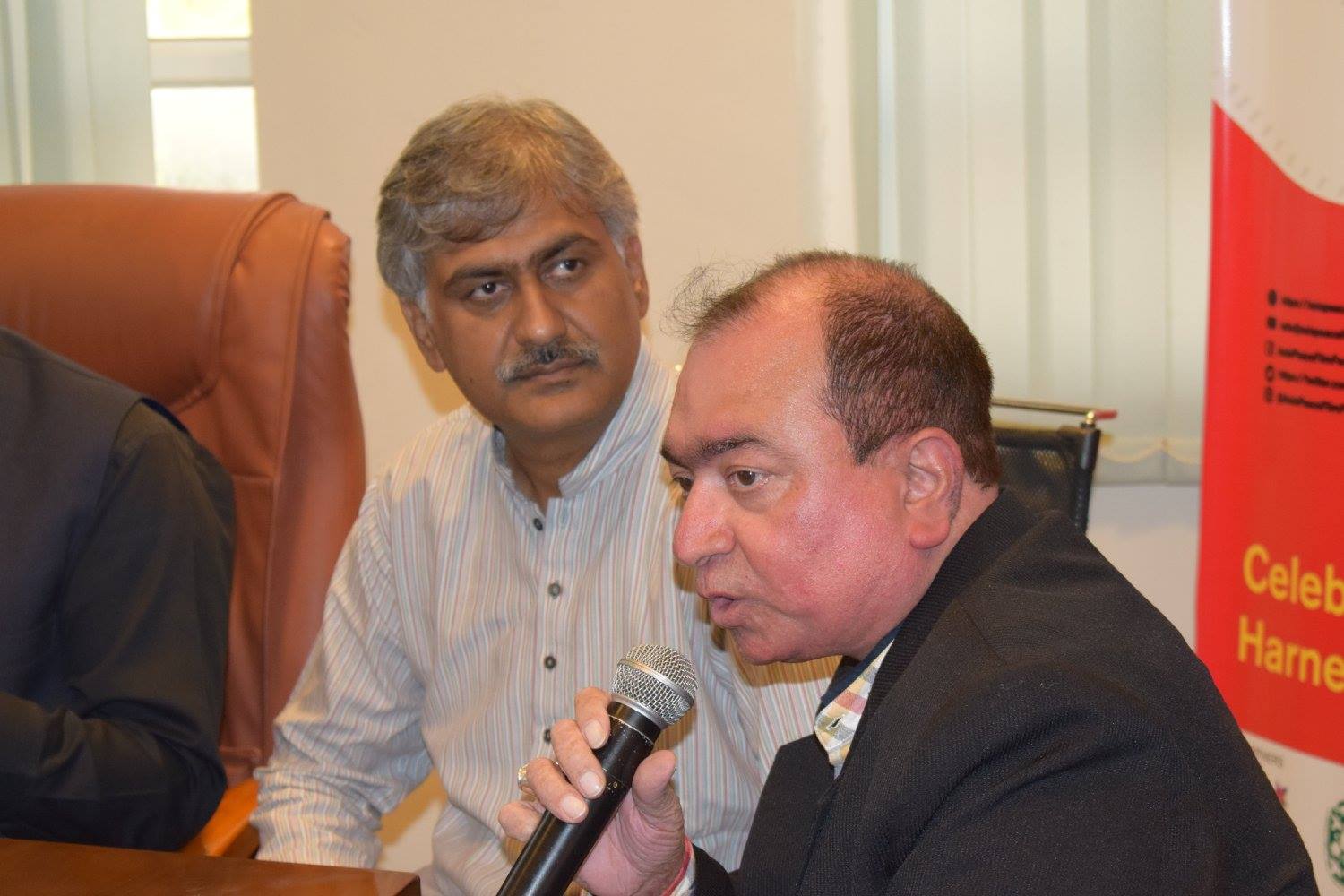 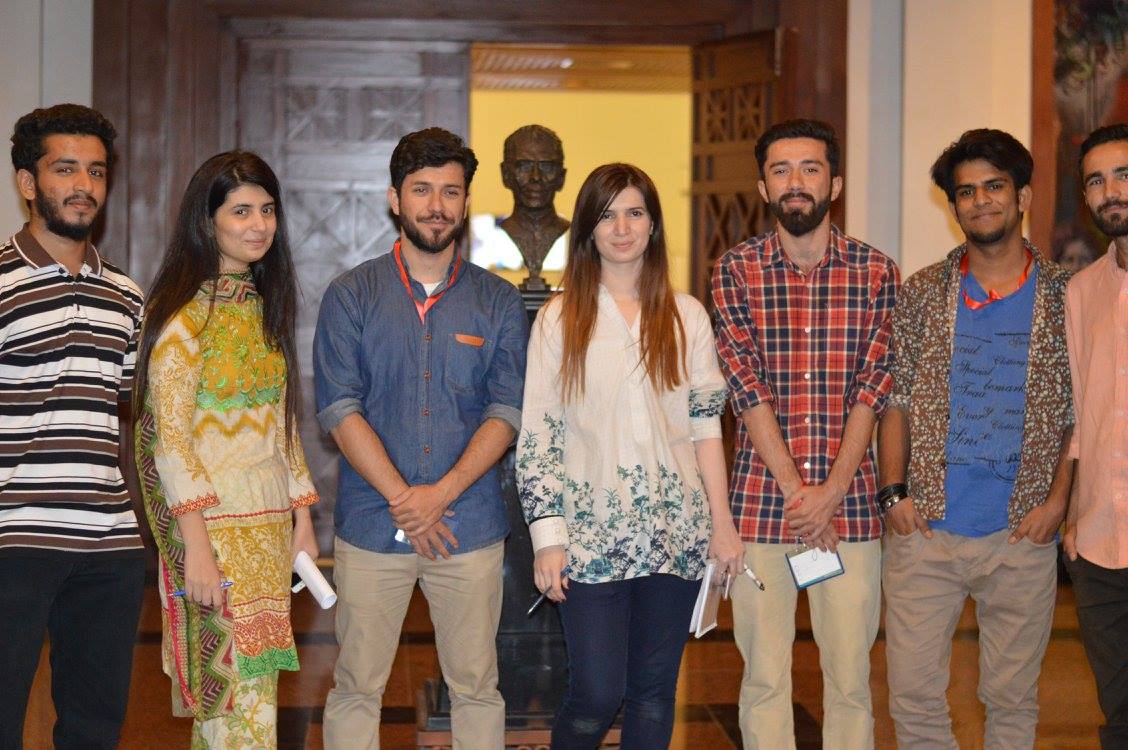 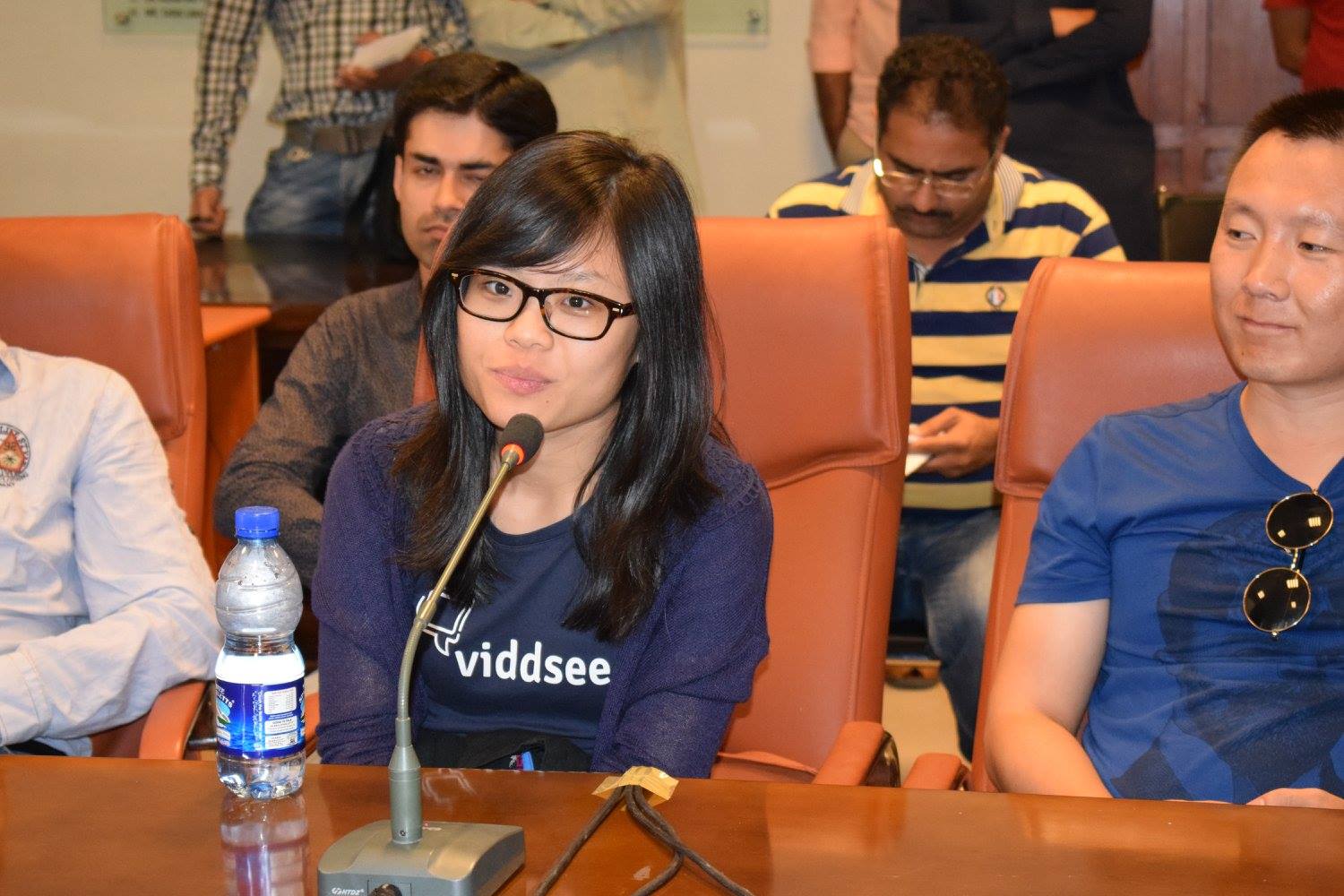 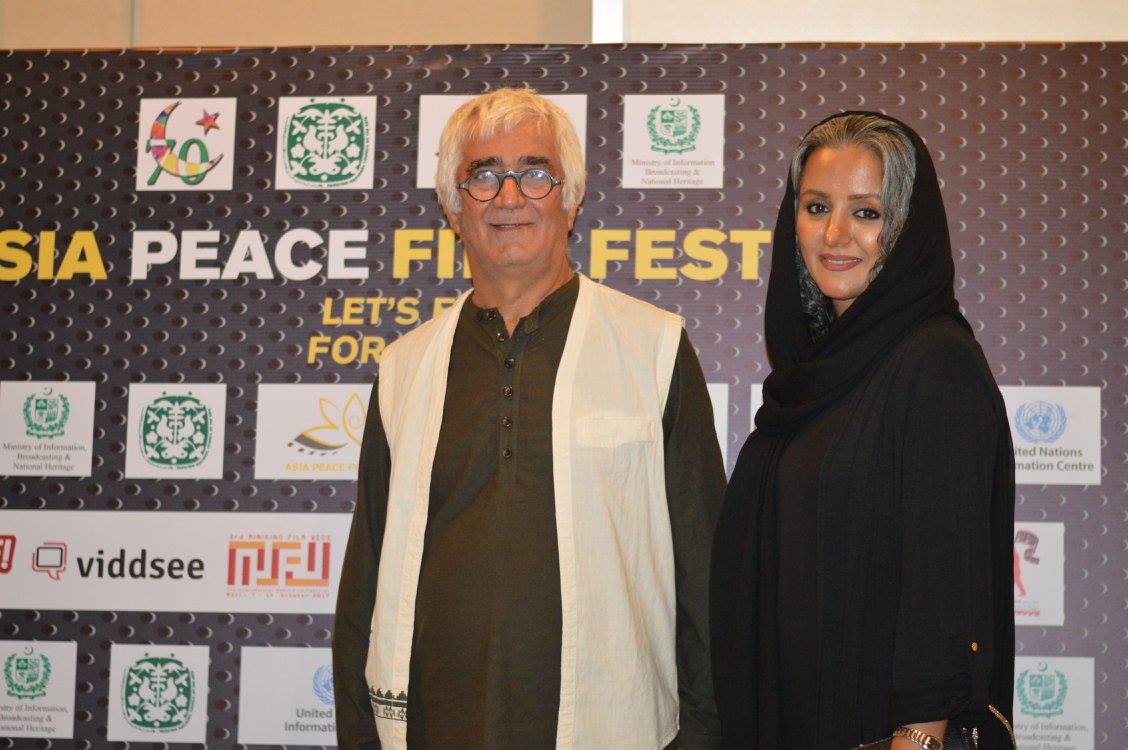 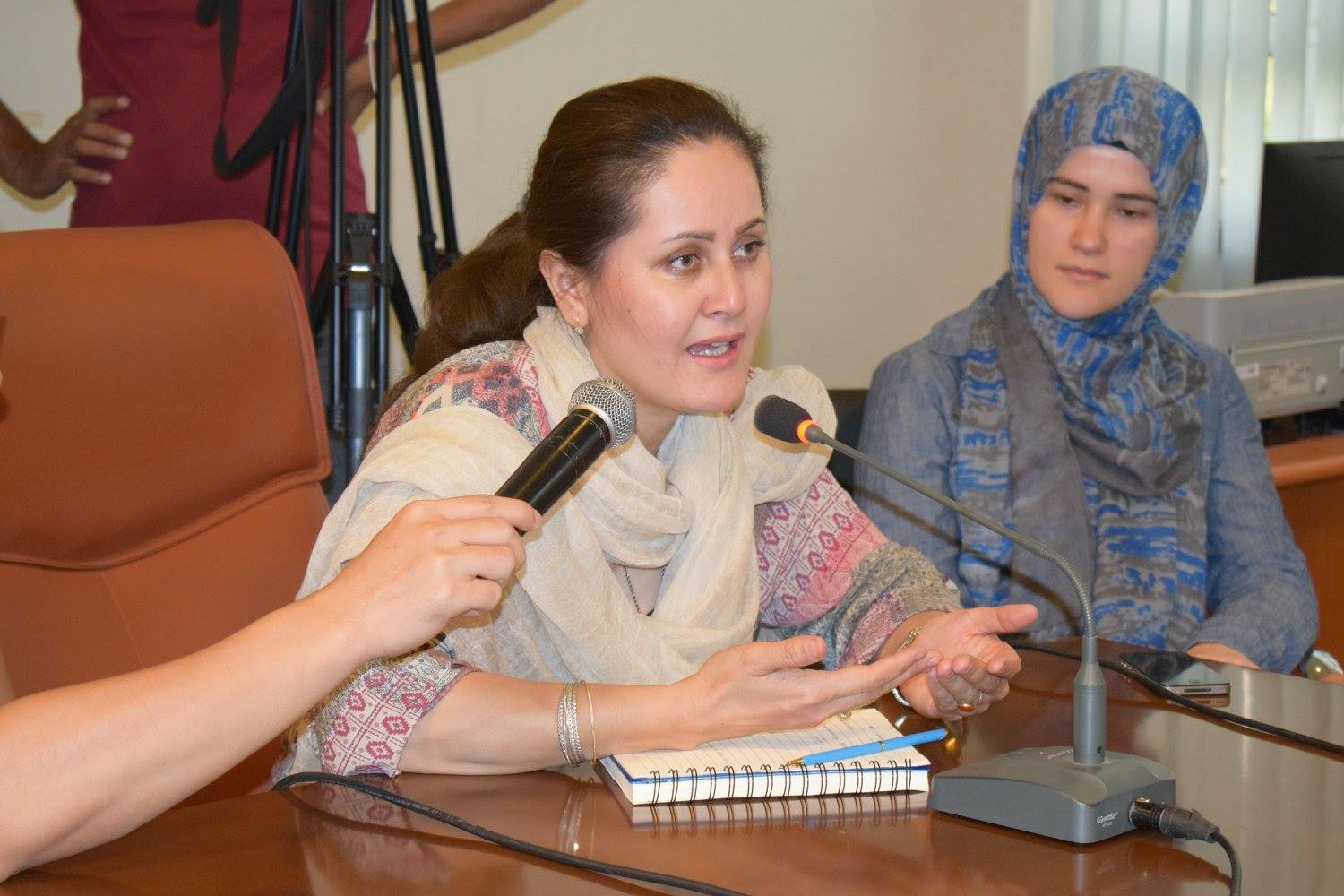 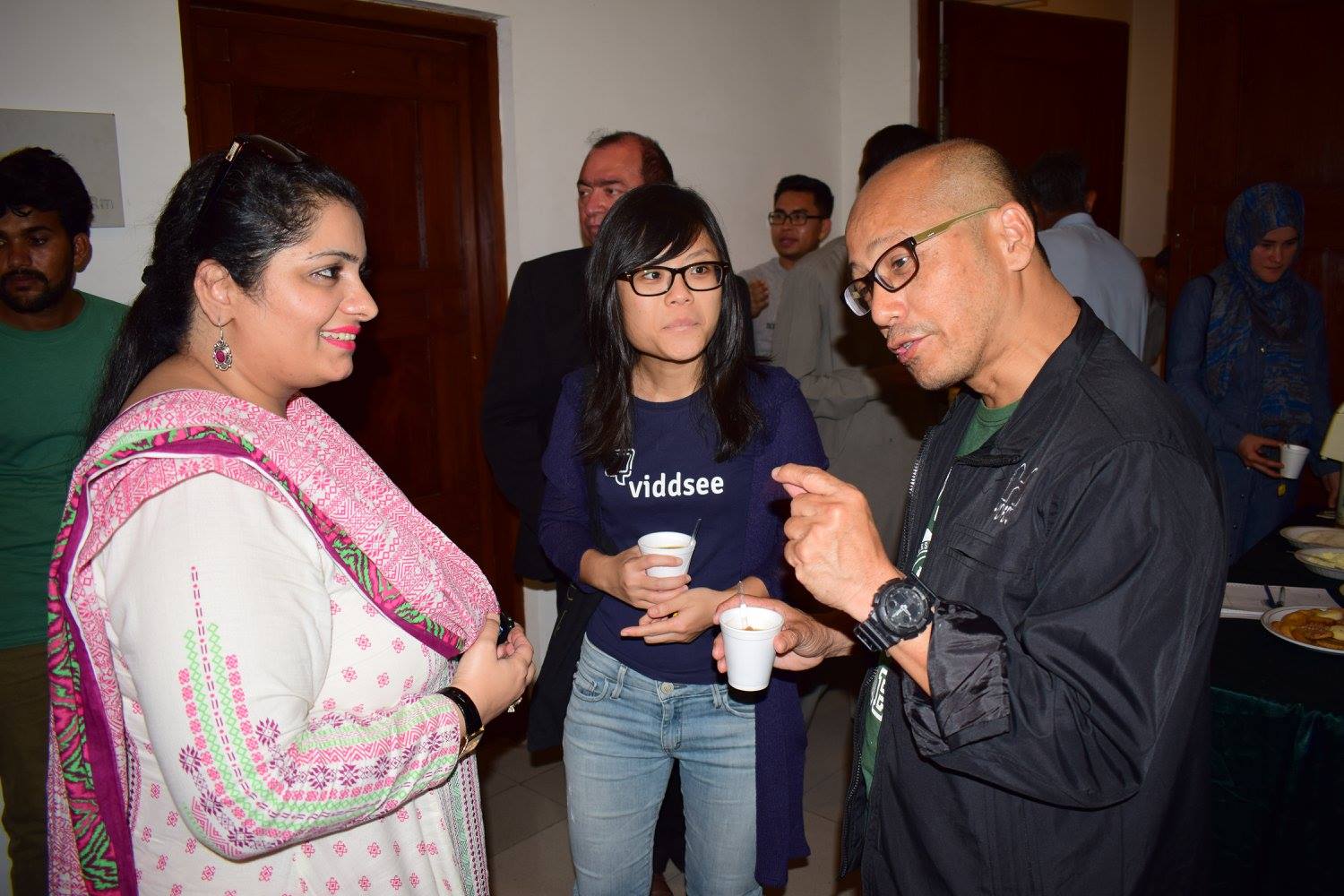 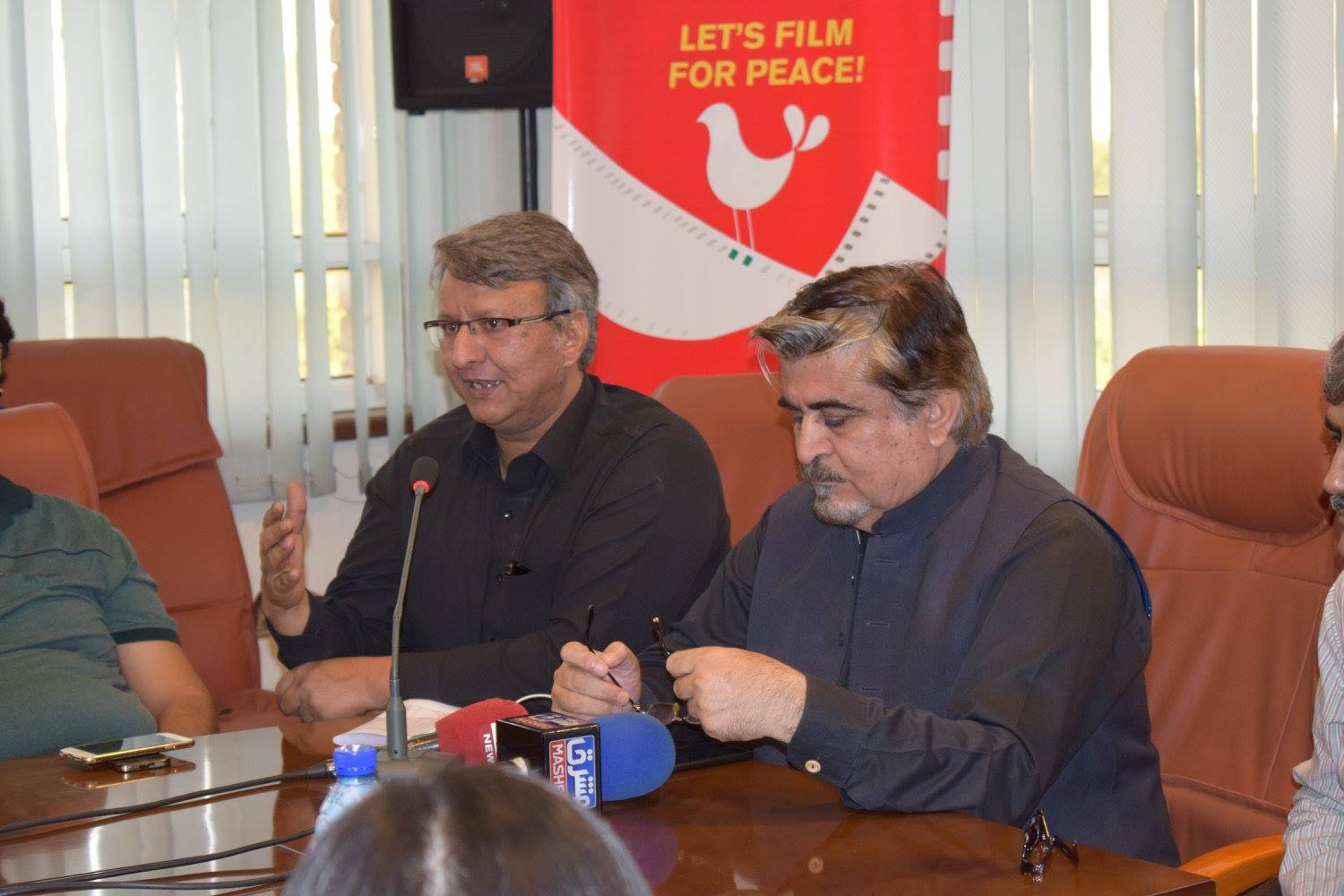 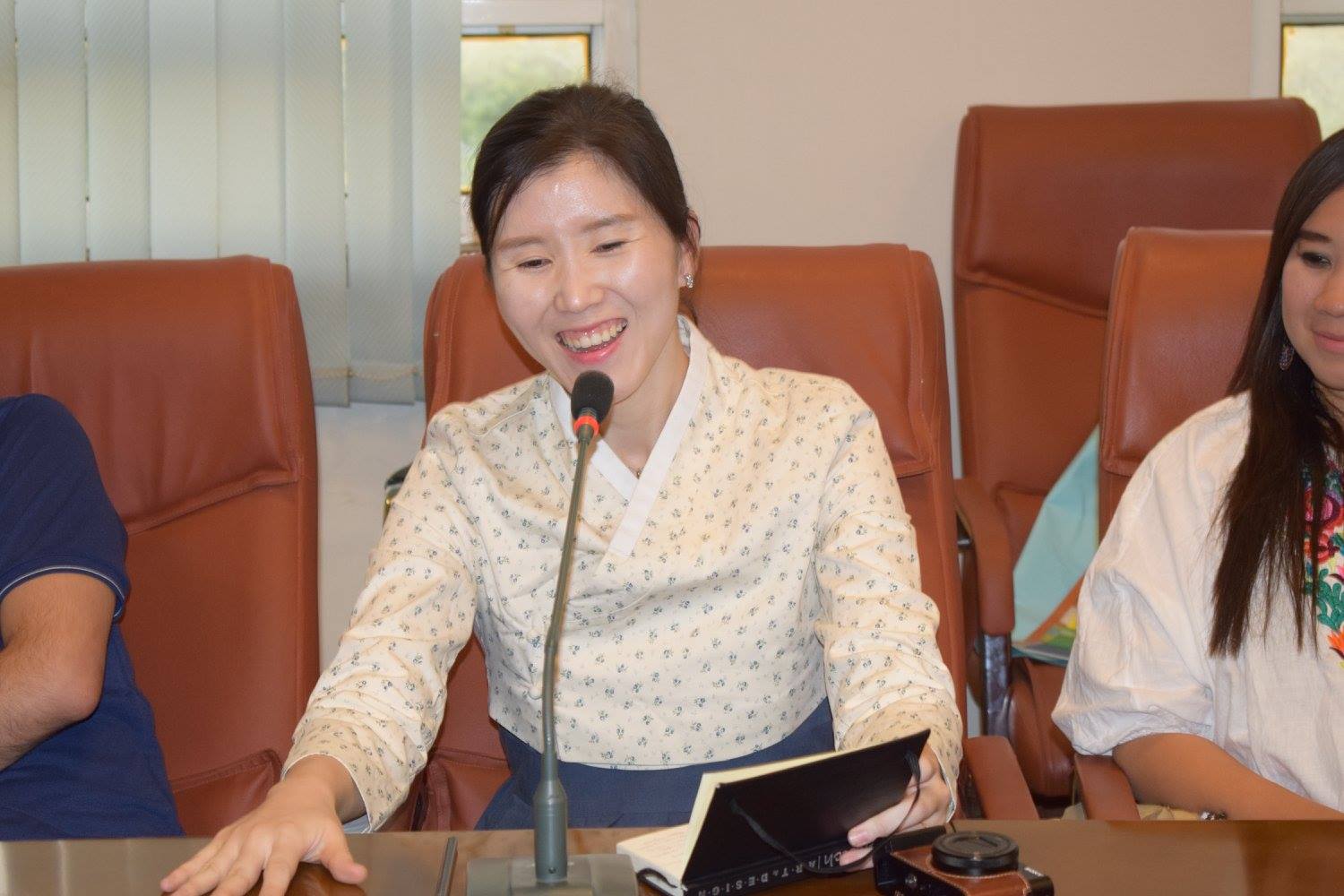 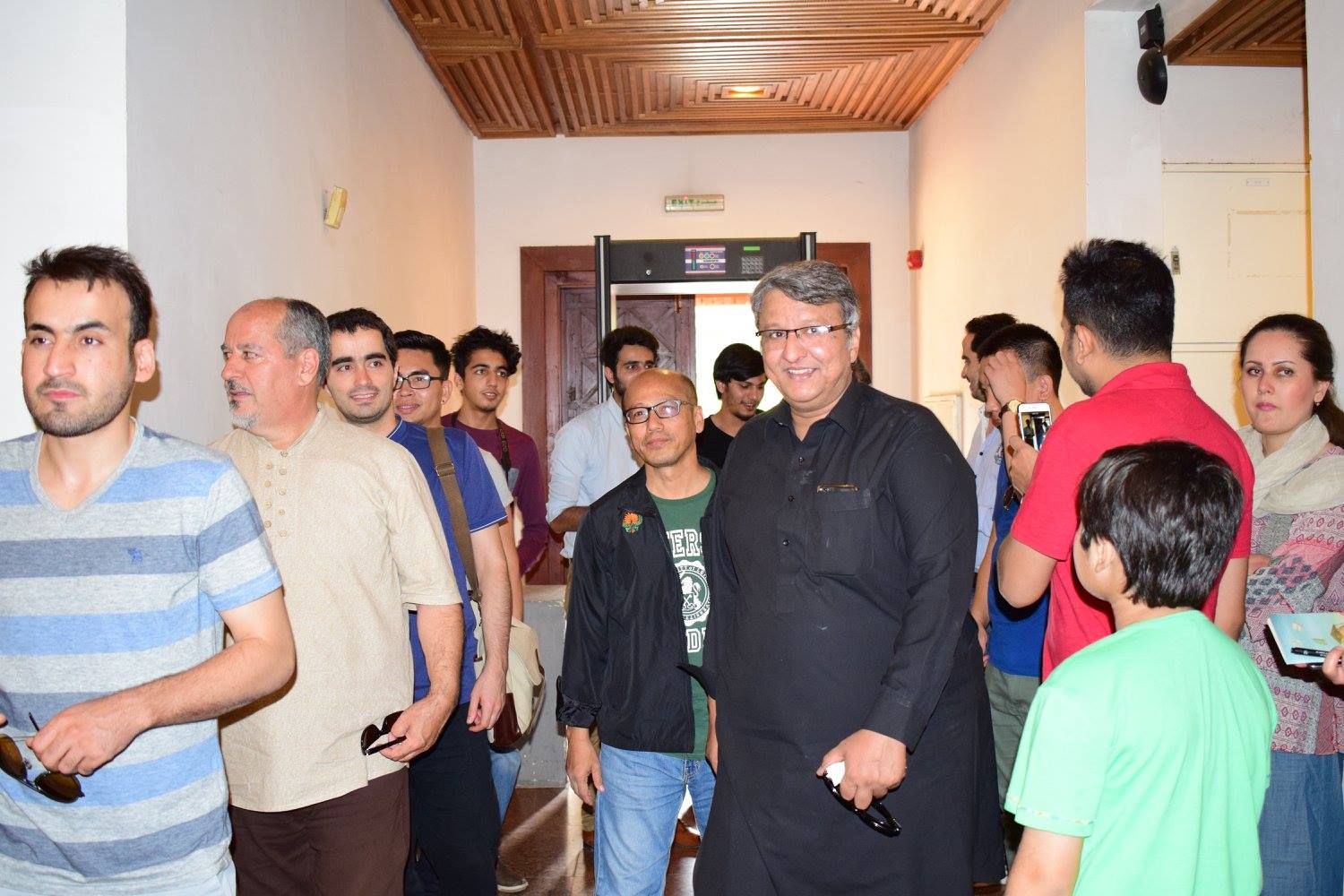 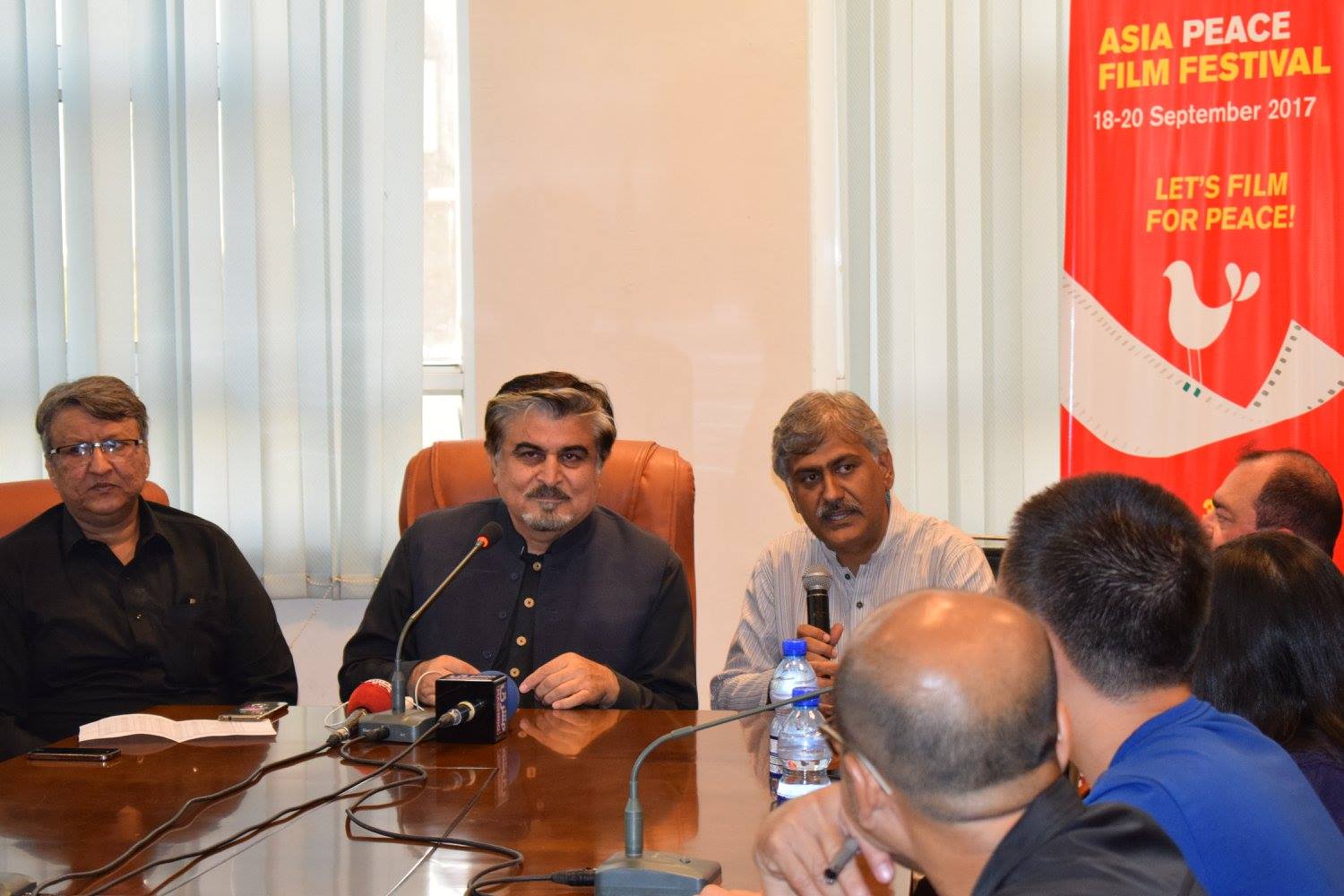 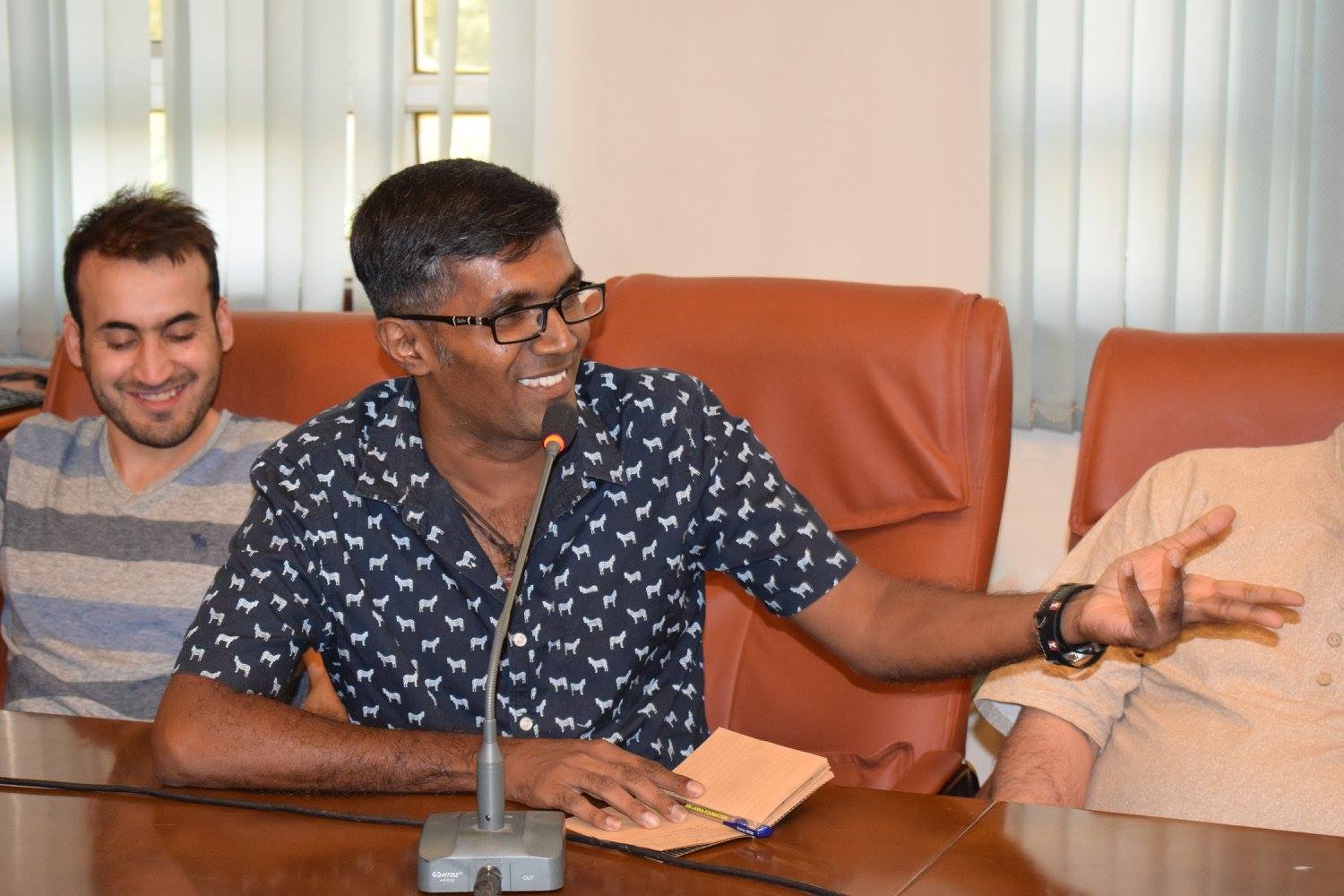