The role of women in the creative formation of cultures has always been under represented in history. Women have, by and large, been restricted to the domestic sphere and the doors of education and employment barred on them. This is also true for Pakistan, where until recently there were a limited range of professions considered suitable for female employment despite being eligible on the basis of their intellectual potential, skillset or passion for work. Now, for the past few decades, there is a positive change occurring in our society made possible through increased awareness of women for their rights as well as potentials. Currently, we can see women excel in all walks of life, be it science, technology, arts, academics, sports, armed forces, journalism or museums. Many Pakistani women earned their credentials in the public sphere, dominated by men. They became the icons for generations of young Pakistani women as the ones who played significant role in shaping Pakistani society. The list of distinguished Pakistani women from diverse walks of life includes, Fatima Jinnah, Begum Liaquat Ali Khan, Benazir Bhutto, Bano Qudsia, Perveen Shakir, Nazia Hassan, Dr. Shamshad Akhter, Major General Shahida Malik, Hina Tahir, Arfa Karim, and Malala Yousafzai.

Museums are the repositories of creative contributions of human cultures. They acquire conserves, researches, and communicate and exhibit the tangible and intangible heritage of humanity, for the purposes of education, study and enjoyment. However, museums, in general, carry the gender bias and obscure the role of women in the representation of their collections. To highlight the social gap based on gender bias, the professional body of museums professionals, International Council of Museums (ICOM) chose to celebrate International Museum Week, (13th  to 19th  May), bringing together cultural institutions from all over the world, to celebrate the role of women in culture, among others. To support this cause UNESCO Paris, partnered with international and national organization to celebrate, acknowledge and highlight the contributions of women in the development of cultures. In Pakistan, Center for Culture and Development, (C2D) in collaboration ICOM Pakistan engaged many federal and provincial government departments and other intuitions for a nationwide campaign to publically acknowledge the role of Pakistani women in the growth and development of Pakistani society.
Public museums in the capital and in various provinces in Pakistan work under the respective directorates of archaeology, took an active part in the promotion of the public campaign to celebrate the working professionals in their respective fields. It is heartening to know, that a sign of changing times, all public museums whole heartedly held events and activities to mark the contributions of women in Pakistani culture. This includes, the Directorate General of Archaeology, Punjab, Directorate of Archaeology and Museums, KP, Culture Tourism and Antiquities Department, Sindh and Army Heritage Foundation. The museum staff encouraged the visitors to take photographs with the banners and posters, specifically designed for the campaign to take active part in the campaign to acknowledge the role of women in Pakistani culture. The awareness campaign also included the video submissions of women working in all fields, breaking barriers, inspiring others and to support the cause of Women in Culture. The students and teachers of public and private schools and colleges, all across Pakistan were keenly motivated to visit nearby museums so that they take interest in respective cultures and know their history as well as heritage. Harrapa Museum, Punjab organized a cultural festival in the Museum to acknowledge the role of our women in society and was widely attended by women from the town. Mukhhi House Museum, Hyderabad also organized an exhibition on the works and contributions of women in Sindhi culture and society. A large number of local Kalashi young girls gathered in Kalasha Dur Museum and celebrated the Museum Week wearing their traditional cultural attire and dancing on traditional tunes to mark the contributions of women in Pakistani culture.
There is a need to celebrate the contributions of professional women, both young and old, working in the fields of archaeology and museums in Pakistan. From Dr. Shamim Zaidi and Dr. Fauzia Saeed at Lok Virsa Museum, to Dr. Asma Ibrahim at the State Bank of Pakistan Museum, Dr Sumaira Sehreen at Pakistan Museum of Natural History, there is a generation of Pakistani women making their mark in the field of museology. Following their footsteps are Humera Naz Khan at Taxila Museum, Urooj Irshad at Pakistan Railway Heritage Museum, Hina Mehboob at Pakistan Army Museum, Uswa Ahmed Malik at Army Heritage Foundation, and Koshalia Bai, Saima Siddiqui, Sindhu Chandio , Zahida Qadri at the Antiquities, Culture and Tourism Department in Sindh, Uzma Bhatti, Sabahat Hameed at Lahore Museum, Faiza Bhatti at Army Museum Lahore, Rizwana, Shehnaz Zakeya, Sadia, Sadiqa Malik, Samya Ghazala, Yasmeen, Nadia, Kiran Jan, Karol Jan and Urwa Shams at Pakistan Museum of Natural History.
The public awareness of the contributions of women in Pakistani culture can go a long  way in transforming the mindset of our future generations and make Pakistan a progressive modern society, which respects the rights of women in the private as well as public sphere. HH

The writer is a historian, who works with Center for Culture and Development, also serving as Secretary ICOM-Pakistan. 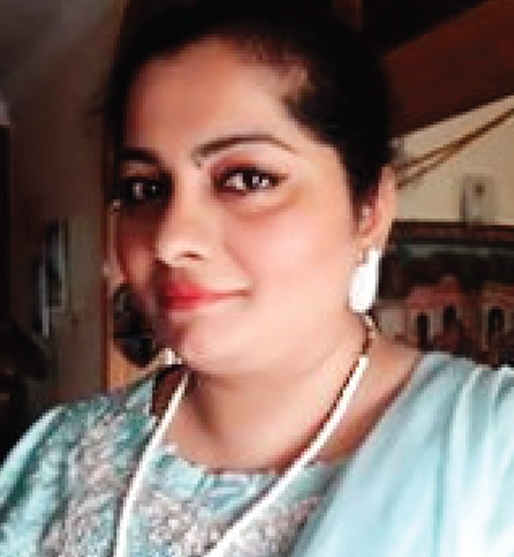