“The most blessed marriage (nikah) is the one with the least expenses.”
Prophet Muhammad (PBUH)
(al-Bayhaqi in his Shu’ab al-Iman & Mishkat al-Masabih)

On average, 2000 women in Pakistan are killed every year in the name of dowry or jahez. It is a tragic reflection of gender-based violence practiced in South Asian communities. There have been many advocacy campaigns by individuals as well as NGOs in the past decade, demanding a ban on dowry. The Dowry and Bridal Gifts (Restriction) Act 1967 imposed a ban on the display of dowry and presents. The law obligated all who received any dowry or presents on behalf of the bride, to transfer the same to the bride.  Dowry and Marriage Gifts (Restriction) Bill 2008, restricts dowry to PKR 30,000, while the total value of bridal gifts is limited to PKR 50,000. It also declares that the dowry will only include clothes that belong to the bride and bed sheets only as per tenets of Islamic guidance. The maximum amount to be given to the bride as her dowry will be no more than four tola gold. Although state legislations pave the way for social reforms, it takes more than laws to change the social behavior of people living in the society.
In this regard, a recent social media exhibition, Numaish by Ali Xeeshan in collaboration with the United Nations Entity for Gender Equality and the Empowerment of Women (UN Women) seems to be making a huge impact on the Pakistani public. His visual depiction created a powerful impact not only in Pakistan but also in neighbouring countries, including India and Iran, since dowry is deep rooted in their social fabric too. A wide-ranging social media debate erupted in response to Numaish, which raised serious questions about the financial burden imposed on the bride as well as her parents during marriage.
If we analyze the social media responses being made on Facebook, Twitter and Instagram, we can see divided opinions. Many admit that dowry is an age-old social evil in our society and it is increasing leaps and bounds but most of us willingly participate in this rat race. Many claim that it is not just a demand made by the in-laws but the bride-to-be is also eager to receive expensive household luxuries, such as furniture, appliances, and branded outfits with heavy embellishments as well as gold jewelry. A bride is likely to consider dowry her birthright and the only chance to benefit from her parents’ wealth to impress the groom’s family as well as her friends and other relatives.
I have witnessed brides say that dowry is the only thing they get from their parents because parents leave the jaidad to their sons. There is also a segment of the society that questions bari (expensive gifts, such as clothes, gold and gifts) given to the bride by the groom’s family. They claim that the parents (as well as brides) expect that the groom earn six figures, should have his own house and a car so that their daughter can live a peaceful and secure life. Such demands from the bride’s family place an overwhelming pressure on the groom and his family. Many husbands claim that they did not want dowry and specifically told the bride’s family but could not refuse the bride’s parents who insisted on the dowry to financially secure their daughters. 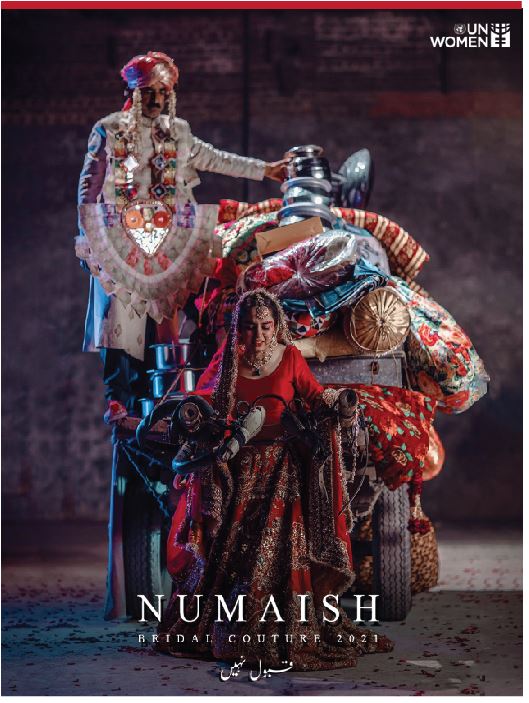 It is an eye-opening dilemma, where dowry has become a symbol of social prestige and family honour. There are families that not only expect dowry, but also bluntly spell out their wishlist depending on their social status. This is especially true for families living in rural areas. Parents either end up taking heavy loans from relatives, which they keep paying all their lives or risk to lose the marriage proposal. I have noticed that the lower income families are especially particular about demanding and giving dowry, even if they cannot afford it. It is considered as a matter of insult for not being able to give a certain amount of dowry gifts, including clothes for all the extended family members of the groom. Otherwise, the bride from working class families faces serious trouble and ends up being brutally beaten and/or taunted for life. The educated upper-middle class families are comparatively flexible.
Although dowry is often seen as a cultural practice of a patriarchal society, it is often ignored that dowry related demands, transactions and competition are settled by the women. Generally speaking, men tend to stay away from intruding in what is considered as women’s affairs. Dowry is considered a social evil, because it puts a financial burden on the bride’s family. It may seem acceptable to those who can afford it, but the practice of dowry drains the resources of under-privileged members of even affluent families. It causes enormous psychological stress of not being able to match the levels of wedding festivities that prevail in the same circle.
One of the positive social consequences of social distancing due to COVID-19 gives us the opportunity to practice and promote simpler weddings. While highlighting the social menace of dowry and lavish wedding functions, I would also urge women to revisit their criteria while looking for a groom. All that matters is a well-mannered educated groom and a family who will take care of your daughter. You should invest on your daughters’ education and morals, instead of saving money for her dowry. She should be equipped to share the family responsibilities with her life partner. Dowry is permissible perhaps in the form of free will offering to help the newly wedded couple to start their married life, but not in ostentatious manner to flaunt one’s wealth. It can bring a long lasting change in society, only if women begin to reconsider their views and reform the practices of dowry. HH