How Museums Pass On Cultural Heritage

Pakistan is rich in tangible and intangible cultural heritage. A vast array of Pakistani heritage is preserved and showcased in museums. International  Council of  Museums  (ICOM) has defined a museum as a non‐profit making, permanent institution in the service of society and of its development, and open to the public, which acquires, conserves, researches, communicates, and exhibits, for the purpose of study,  education, and enjoyment, material evidence of people and their environment. 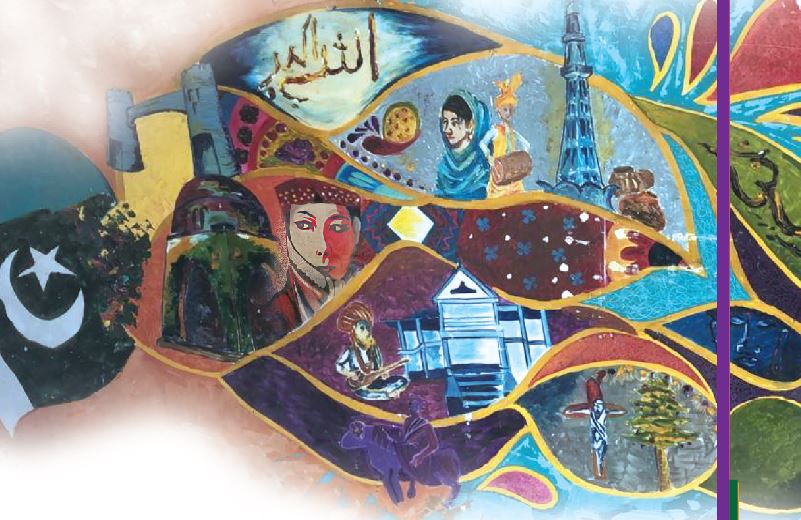 The most effective way to educate your children about their history is to take them to visit a museum. 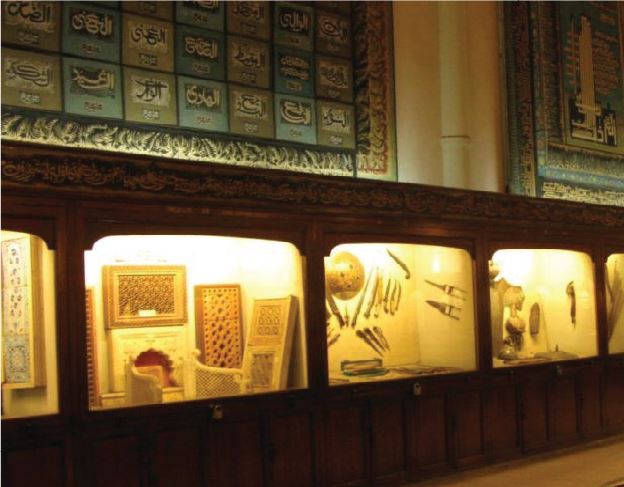 Out of all the museums in Pakistan, Lahore Museum is the oldest which was established by the British in the late 19th century. So was the Peshawar Museum, which was founded to house the archeological finds of Gandhara in the early 20th century. However, most of the museums in Pakistan were established after the independence of the country. A large number of people visit these museums. Lok Virsa Museum is annually visited by millions of people and so is Lahore Museum, which throngs with huge crowds, especially on weekends and national holidays. Archeological museums in Khyber Pakhtunkhwa, especially in Peshawar and Swat, receive a large number of local visitors who are curious about the history of the land. Among the museum visitors, there is an increasing number of foreign tourists and international guests who visit the museums to learn about the glorious heritage of Pakistan.
Due to rapid urbanization, traditional knowledge about culture is not being passed on to future generations. Increasingly, people living in cities are cut off from their ancestral and cultural roots, their community traditions and family arts and crafts. While the youth are losing exposure to their traditional art, crafts and other cultural skills, the museum curators can play a key role as mediators to bridge the knowledge gaps. The museum is not an inert mass of objects but holds the primary responsibility for educating the public about their heritage. The contents of the museums, if properly used for public education, can bring about a change in national attitudes towards heritage and help preserve it. In this regard, the museum curators in Pakistan have a huge responsibility of educating our youth through museum exhibits. Although museology as a subject is not taught in Pakistan, most of the curators in Pakistani museums learn their curatorial responsibilities on the job. The Pakistani government is trying its level best to facilitate the training of museum staff and, with the cooperation of UNESCO, periodically arranges capacity-building workshops for the museum curators.
In line with the vision of the Prime Minister of Pakistan to promote heritage tourism, museums are gradually recognizing the need to go beyond the collection and conservation to focus on public education of tangible heritage. A need is felt for collaboration with the non-governmental sector to adopt a new model to engage with communities through the collection of intangible heritage. For this, museums need to identify, document and represent the intangible aspects of their collections. The exhibition is one of the most potent ways of creating public awareness of the diverse cultural heritage of Pakistan, enshrined in the museums. By exhibiting their collections, museums can encourage communities, groups and individuals to preserve their intangible cultural heritage. 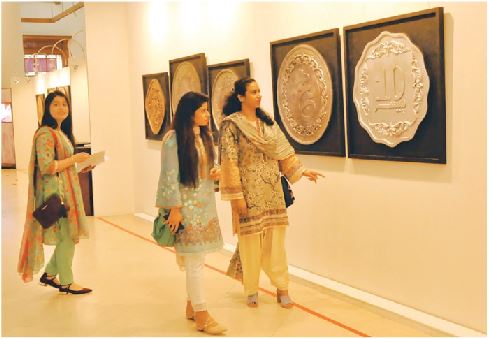 UNESCO also facilitates the Pakistani museums in their task of imparting informal heritage education to the public. In early October 2021, the Center for Culture and Development (C2D) was supported by UNESCO to hold an archeological exhibition of Gandhara, based on the collections in the Taxila and Lahore Museums as well as photographs of Buddhist and Jain monuments on the ground, for the mass education of the public. In partnership with Punjab Tourism Economy Growth Project (PTEGP),  World Bank, and Directorate of Archeology and Museum, Punjab, the exhibition held at the Taxila Museum was titled, Roots or Routes: Exploring Pakistan’s Buddhist and Jain Histories. The ultimate objective of the event was to integrate tangible and intangible cultural heritage of Gandhara Civilization in local context, to highlight the respect for heritage and cultural diversity and promote cultural pluralism through the exhibition. Spread over five days, the exhibition turned into a Gandhara Festival attracting a diverse audience from educational institutions, researchers, artists, scholars, government departments and the local community.
This exhibition, focused on exploring the Gandhara Civilization in the context of Buddhist and Jain history, was premised on the fact that despite the prominence of Jainism and Buddhism in the ancient history of Pakistan, the demographic shift at the time of independence in 1947 has led to an eclipse of the religious heritage of world communities, which once thrived here in the region, comprising today’s Pakistan. As a result, the multi-religious heritage of Pakistan, pivotal for the growth of pluralist Pakistani identity, has been erased from public memory. The communities which are custodians of the Jain and Buddhist heritage of Pakistan should recognize the importance of the glorious heritage of Pakistan, which needs to be acknowledged and celebrated. 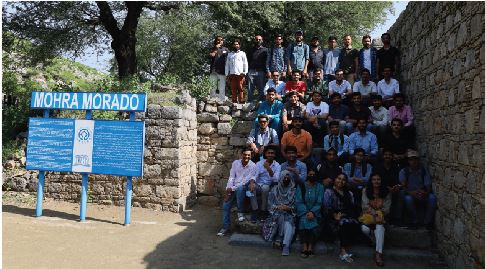 The Festival received the full support of the government and was inaugurated by the Parliamentary Secretary National History and Literary Heritage, Ghazala Saifi. For more interactive academic debates, a panel discussion was organized, in which leading scholars of Gandhara and Jainism, Dr. Saifur Rehman Dar, Dr. Muhammad Hameed, Dr. Zubaida Yousuf and Dr. Riffat Dar highlighted the Buddhist and Jain heritage of Pakistan. In addition, to amplify the experience of visitors to the exhibition, site visits to the archeological sites of Sirkap, Mohra Marudu and Dharmarajika Stupa were arranged. Students and faculty from universities in Lahore and Gujranwala, including Government College University and Gift University respectively, visited the Gandhara Festival at the Taxila Museum as well as archeological sites of Mohra Muradu, Taxila. A local scholar, Malick Ushter, conducted guided tours of heritage sites while a graduate student, Sajjad Ali, conducted story telling sessions for the schoolchildren. To showcase the living tradition of Gandhara, local crafts were also set up, with equal participation from the women. Diplomats from Japan, Korea, Thailand, and Sri Lanka visited the Festival with their families. The event not only inculcated a sense of ownership and pride in ancient history within the local community but also projected a peaceful and inclusive image of Pakistan to the world.
The Gandhara Festival, which was the first ever public exhibition, demonstrated the potential of the Taxila Museum to arrange exhibitions and educational activities for the transmission of cultural heritage to the young generation. Other museums can also hold activities for public education such as gallery walks, seminars, conferences and workshops with the help of communities, regularly. Social communities can use museums as cultural platforms to educate and communicate with their ancestors. There is an urgent need for the Pakistani museums and community groups to come together to promote and preserve intangible cultural heritage and transmit them to the next generation. HH